One of the most memorable amongst the hundreds (thousands?) of concerts I witnessed, was the one we did for ‘Nausea’ (during their 1991 European tour) at the autonomous centre Vort’n Vis (91-04-28). Unfortunately there were no means there to make decent recordings of that. The day before they played at the Parkhof, in Alkmaar, The Netherlands. The P.A. tape of that is on the internet (as a video) but Jurjen Van Dijk contributes some of the tracks (full set-list) here. Glad to be able to make it downloadable in this way… 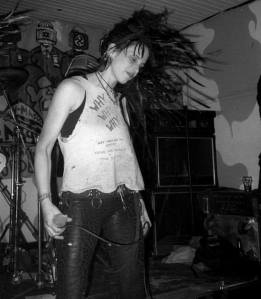