During the Smurfpunx days (late 80s) there was a metal-pub in Aalst (de Kiët) where sometimes HC bands played. It was ran by Veerle Taeleman. Her brother was the singer of ‘Rough Justice’, a metal-influenced HC/thrash band. They played for our collective on 88-04-29. They also visited the shows. Besides vocalist Koen Taeleman, there was guitarist Piet Marcoen, bassist Manu Cambier & drummer Joost Vandenbroeck.

From the review in Tilt! #4: >>These “idiots from Aalst” (not my words) have brains in their heads. The play standard speedmetal but they’re interested in the thoughts behind hardcore. Not over-original but decent lyrics. Good recordings.<<

Anyone who wants to see some old recordings (live @ de Kiët Aalst 1988): there’s some links in one of the comments on their Smurfpunx show… 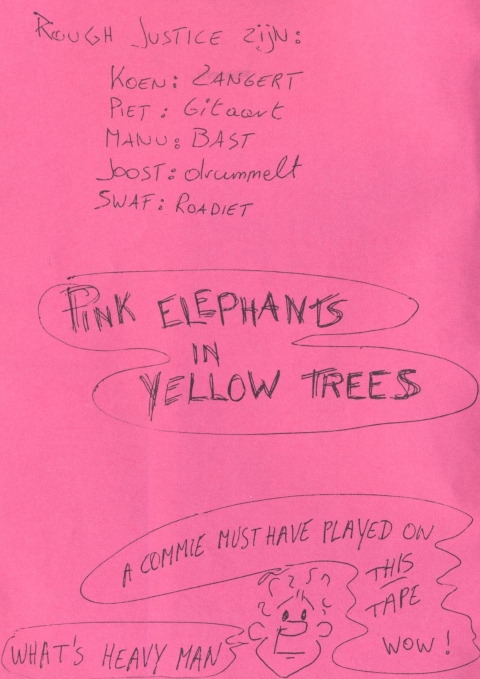 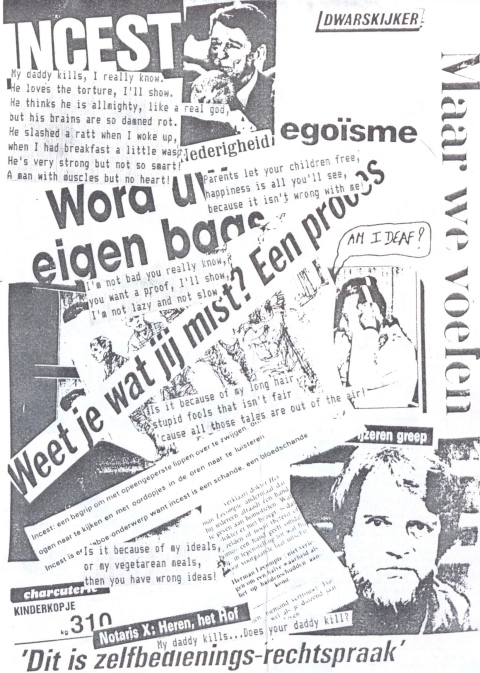