1986 demo: Screwed To Death / Resurrection / Negative Sanctions / Threat Of Power / Zeitgeist / Too Much To Ask For / Aggression / Self-Destruction 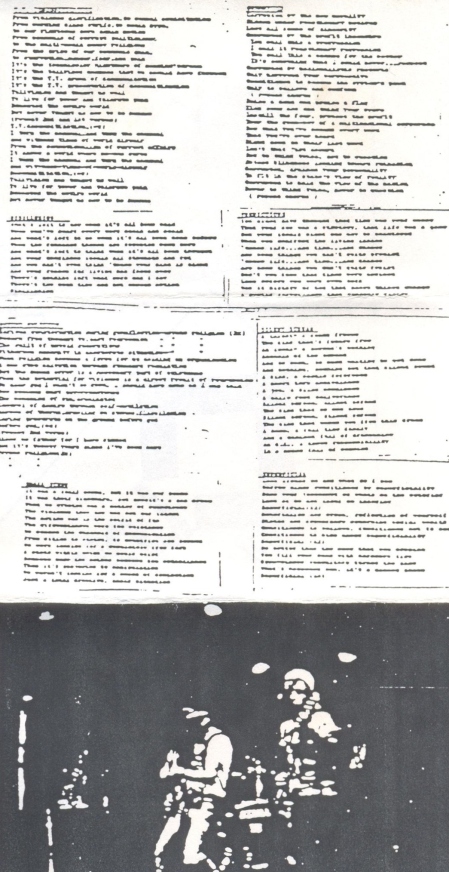 In ’89 Jim released their Matrix 7″ on his label. They also did an album (including some songs of the tapes) for Anthrax recs. In 1990 Old World recs (from Peine, Germany) released a 7″ entitled Fleshcrawler.

‘Jacko’ booked bands and was doorman in a few clubs. He also did poetry-shows and authoured a book with a collection of poems (One-Legged Poetry: Tragedy, Politics & A Sea Monster; he lost a leg because of flesh-eating bacteria)… 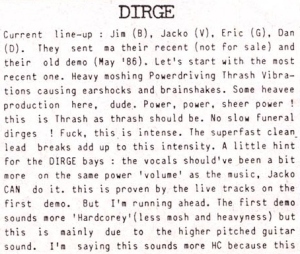 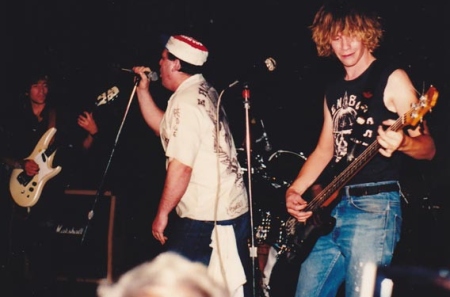 I played on the first demo and then Brandon Thomas joined for about a year until he quit. They put one demo and a live set from CBGB out with him before asking me to join indefinitely. I was on the vinyl releases.

The Lifeforce demo is actually with Brandon Thomas on drums. The fact that my name is mentioned, is probably because by the time that copy of the demo was sent out; I was back in the band and Brandon was in ‘Ripping Corpse’. He was in the band briefly but he completely changed the drumming, and I had to seriously step it up when I came back. That’s why the first demo sounds almost like a punk-rock band and the second is more like a crossover hardcore/metal sound. I had never touched a double-bass set-up really, except in experiments in my basement before Brandon came along and then left me a massive job to do when he left (and rightly so – ‘Ripping Corpse’ are legendary around the NJ metal scene, largely due to Brandon). I became a double-kick player 100% because of him at that point.

Eric and myself were in ‘Fanous Cheezcake‘ before, together with Dave Madsen & ‘Krshna’ Maynard Krebs who became the singer and guitarist of ‘Crucial Youth’. There’s some ‘Crucial Death’ songs on the www – Eric would have been on it but he wasn’t available when we put it together with the ‘Crucial Youth’ guys… The other members of FCC did CY as a little goofy side-project; we all helped with back-up “crew” vocals on the first two songs, and Eric and I wrote and recorded the music for the songs Posi-Machine and Be Kind Rewind (in a total of 5 minutes) for the United Way demo. Just before CY ended we recorded a split-LP that was supposed to be called ‘Crucial Youth’ vs. ‘Crucial Death’ but it never got released. My brother subbed in for Eric on guitar for ‘Crucial Death’ but the singer was the same for both and the bassist was ‘Krishna’.