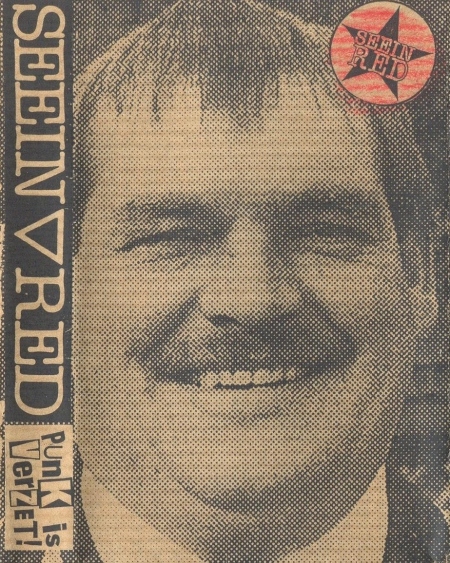 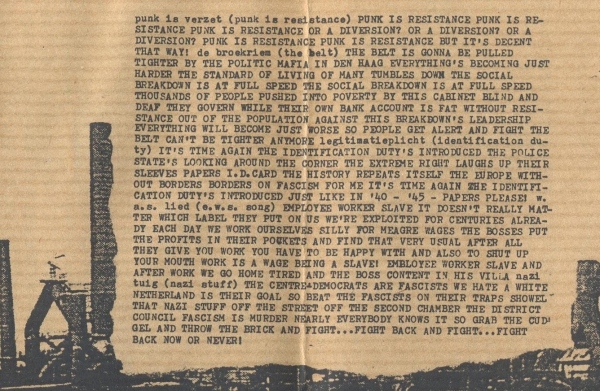 Sascha May (Evilspeak zine) recorded the set ‘Seein’Red’ played at the first day of the ‘Ceaseless Suffocation’ festival (95-04-28) at the Vort’n Vis autonomous centre in Ieper (Belgium) and put the tape out (together with his mate Gregor Kanitz) under the name Punk Is Verzet (Punk Is Resistance).

Paul, Olav & Jos were almost like ‘brothers’: since the days when they were still doing ‘Lärm’ I had a lively correspondence with Paul and I met them at various places when I (or others) invited them for gig. Off course everyone should know their vast discography but just to give an indication: they had just recorded for the Trefwoord Punk 7” (Dutch lyrics) and Wicked Witch recs (Edwin Feenstra) had put out the More Of The Same 7” (recorded late ’94)… 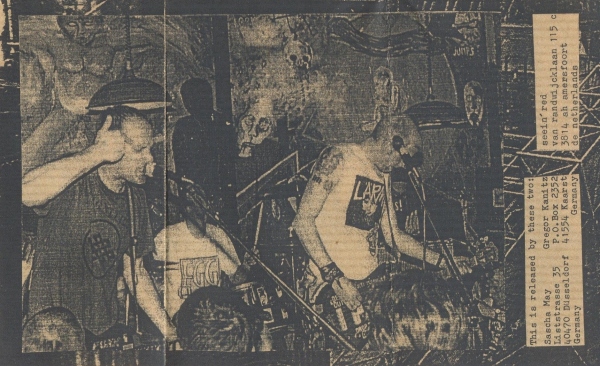